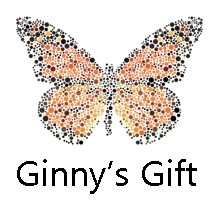 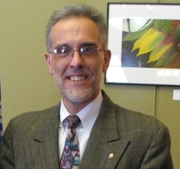 Credited as being the “Father of the Wisconsin Fab Lab Initiative”, Don Sidlowski serves the people of Wisconsin as Founder of the Northwoods Broadband & Economic Development Coalition in which his principal role is as a government/civic strategist and advocate. A super-regional entity originally committed to the transformation of Wisconsin north of Highway 29 into a nationally-recognized high speed internet economic zone, attracting businesses and resident workers from around the country, its mission has evolved to expansion of all economic development and education based on broadband as the underlying and enabling technology. Working in this capacity as a non-compensated volunteer, he is responsible for helping scores of rural Wisconsin communities to first become broadband sufficient and then leverage the asset for economic development. He is the author of the Fab Lab Match Grant legislation that became law in Wisconsin’s 2015-17 biennial budget. Don is past Chairman in the Town of Three Lakes in Oneida County where he also served as chair of the Economic Development Committee and as a Commissioner on the Three Lakes Plan Commission. He formerly served on the Board of Directors of the Oneida County Economic Development Corporation, and is an ex-officio member of the Technology Committee chartered by the Oneida County Board of Supervisors. He is the past Executive Director of Grow North Regional Economic Development Corporation, one of nine such regional agencies in the state. He is the Past President of the Board of Directors for the Wisconsin Rural Partners, the past Management Team Leader for the Public Service Commission’s Link WISCONSIN Region 2, and serves as a broadband and economic development adviser to a wide range of public and private entities at the local, county, regional, super-regional and state levels. He is Past Chairman of the UW-Extension Broadband & E-Commerce Education Center Broadband Advisory Council. Don is the Co-Founder and former Managing Director of Oneida Marketing Enterprises, a virtual company providing integrated internet marketing systems, from which he retired in 2016 after spending a career doing startups and turnarounds for mostly privately-held high tech corporations in the area of predictive (condition-based) maintenance.

In 2013, Don began spearheading an initiative to establish a MIT-chartered Fab Lab in a K-12 school district in each of the eight Grow North counties in upper N.E. Wisconsin by the end of 2016. This pilot project was intended to demonstrate that if the most rural and poorest counties in Wisconsin could adopt such a cutting-edge educational concept, then the rest of the state could follow. The first Lab on his list opened in Sep 2014 in the Three Lakes School District (Oneida), at the time only the sixth Fab Lab in all of Wisconsin and the first K-12 in the state. In Sep 2015, the Florence County School District opened its Lab. The boards of education in Rhinelander (Oneida, the first county in Wisconsin with two K-12 labs), Antigo (Langlade), Northland Pines (Vilas), Marinette and others quickly followed suit. Encouraged by the rapid acceptance in these rural counties, in 2015 Don drafted legislation for Rep. Mary Czaja that was passed and put into the last State biennial budget establishing a Fab Lab Match Grant Program by which school districts can purchase capital equipment for their Labs. Since then, the board of education for some two hundred public K-12 school districts statewide (representing more than half the K-12 districts) have adopted formal resolutions to open a Fab Lab with attendant STEAM curriculum. This makes Wisconsin the undisputed leader, with more K-12 Fab Labs than the other 49 states combined. For the current 2018-19 biennium, Don authored a new bill for Rep. Mary Felzkowski to provide curriculum development, in-school coaching and teacher training for applicants and award recipients alike, which also passed. In April 2018, Don was asked to join the Palmer Hamilton team to advise them in bringing a commercial solution to school districts wanting to implement a fab lab program.

In February of 2014, Don was honored with the 2013 University of Wisconsin Extension WEEDCA “Wisconsin Idea Award” for his work across rural areas of the state in the area of broadband expansion and adoption as the means for launching economic development projects. Presented annually, the Wisconsin Idea Award is the only recognition given to an individual outside of the UW-Extension System and is the second highest honor that can be bestowed next to the Chancellor’s Award.

Don served as one of the principal authors of the Public Service Commission’s “Wisconsin Playbook for Broadband Progress” to which he was invited to contribute after authoring the Link WISCONSIN Region 2 Broadband Investment Plan as well as the white paper “Building Community Broadband Subscribership” published by the UW-Extension Center for Community Technology Solutions, now the Broadband and E-Commerce Education Center. In 2014, Don was appointed and continues to serve on the PSC’s Broadband Advisory Council, whose purpose is to continue to make policy recommendations to the Commission.

In memory of his late wife who passed in May of 2014, Don established the Ginny Sidlowski Applied Education Foundation, known simply as Ginny’s Gift, to fund educational programs in the areas of epilepsy, autism and Fab Labs.

Don is an Eagle Scout, a NESA Life Member, a member of the NESA Legacy Society, a James E. West Fellow, a Vigil Honor Member in the Order of the Arrow, has earned a Master Degree and is pursuing his Doctorate in the College of Commissioner Science. He serves as a volunteer for Samoset Council B.S.A. in Northern Wisconsin as an Eagle Advocate, a member of the STEM Scouts Committee, the Advancement Committee and as Chair of the NESA Committee. As an active Lions club member, he has held every officer position at the local and zone level and was Lion of the Year in 2008. He serves as a volunteer on-air host for The Polka Show, Midday Classics and Open Turntable on WXPR 91.7 FM Rhinelander.

Roger is a native of Wisconsin and has lived in Rothschild, Wisconsin since 1985.

Since 2011, Roger has been Executive Director for Oneida County Economic Development Corporation in Rhinelander, Wisconsin. He is responsible for the overall management of the organization and accountable for the effective and efficient growth and success of the organization. Previously, Roger served in a dual capacity as the Executive Director of the 1200 member Wausau Region Chamber of Commerce and the Marathon County Economic Development Corporation. His focus on community collaboration has led him to serve on a number of foundations in paid and volunteer leadership roles. Roger attended the University of Wisconsin-Oshkosh and graduated from Brown Institute, Minneapolis, MN.